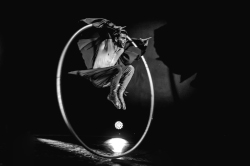 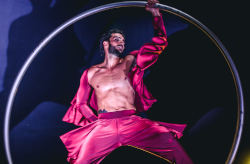 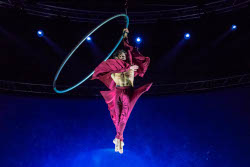 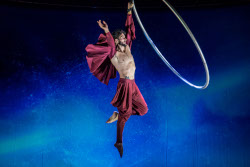 "The Phoenix" is an innovative, unique and spectacular performance, where circus art blends with new technologies. The scenography is represented by a video projection created on measure, generating images and suggestions in constant change. These combined with the dance with the roue Cyr, carry it spectator in another reality, that of the phoenix. Another peculiarity characterizing the performance is the "flight" of the roue cyr. This allows greater freedom of expression compared to the classic wheel number, made exclusively on the ground. "The Phoenix" thus becomes a unique performance of its kind, between spectacle and poetry. 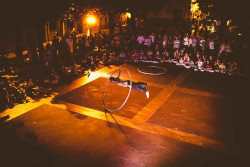 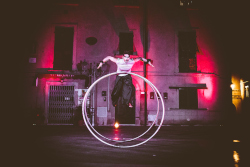 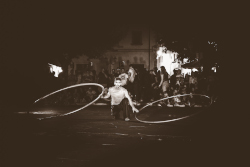 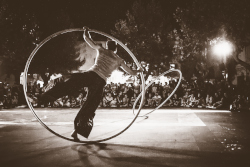 Borderline is a contemporary circus show, where the Roue Cyr physical theater and acrodance are the elements used to tell the journey that the protagonist undertakes on the concept of reality. A reality perceived as something tangible circumscribed and defined by our senses. But there is something beyond these boundaries, and our senses can perceive it. 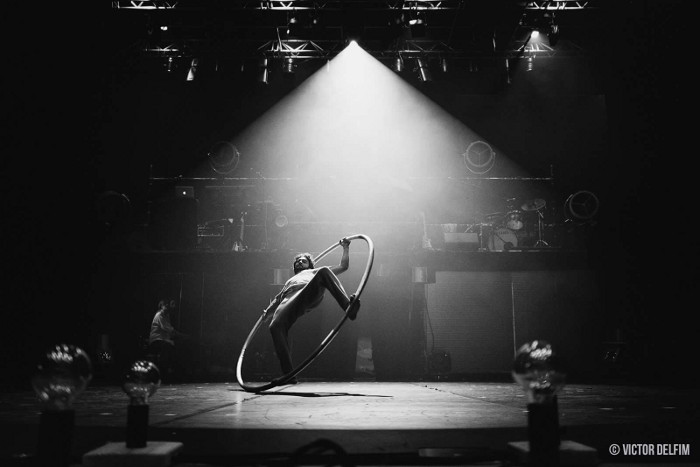 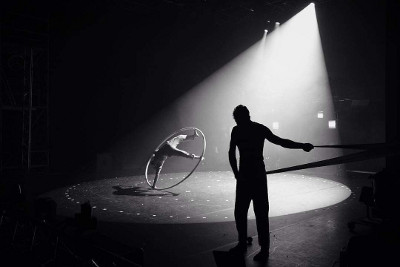 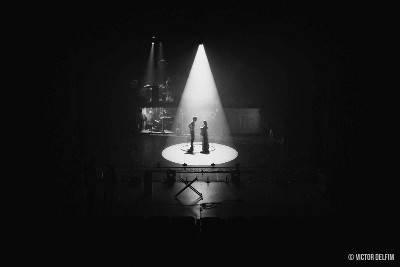 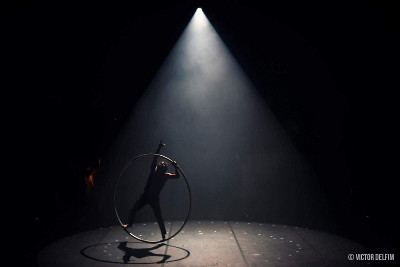 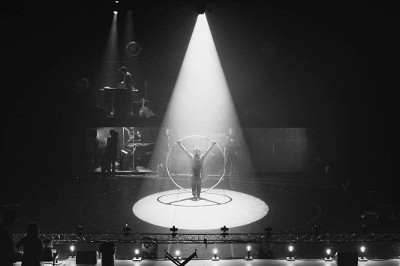 A reference to the movie 8 and a half, in which Fellini shows a director who needs inspiration, trying in vain to isolate himself, while a small world insists on him: he has a film to shoot. This is the starting point. As a director, Jef Odet brings his team on the set. The stage is ready, even the music. The artists will discover the scenario. The dramaturgy does not derive from a story, because it is fundamentally about the circus. It comes from the right tension of the body, the circus gesture deployed in exactly one scenario, to translate and serve, here and now, an emotion. This is the goal 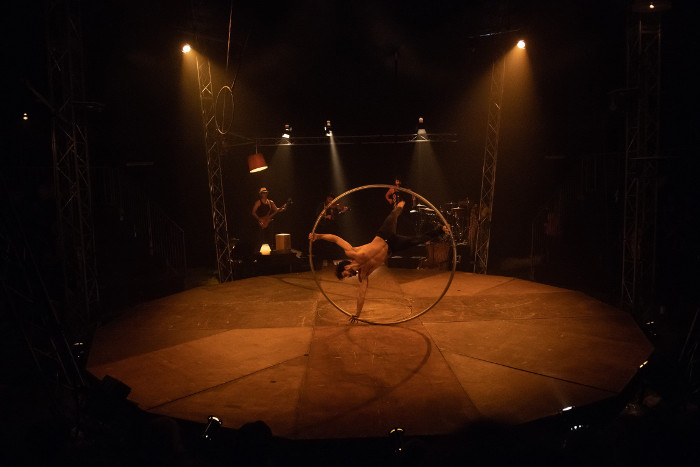 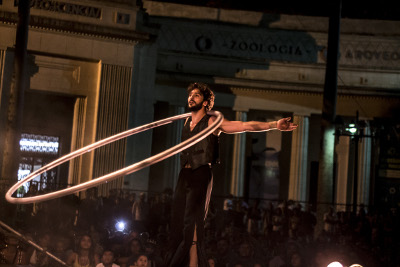 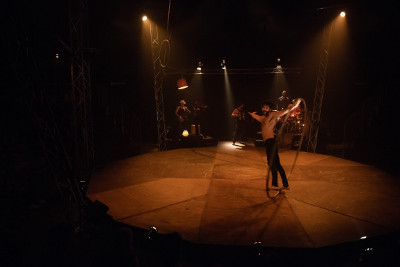 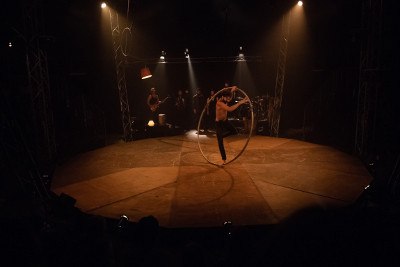 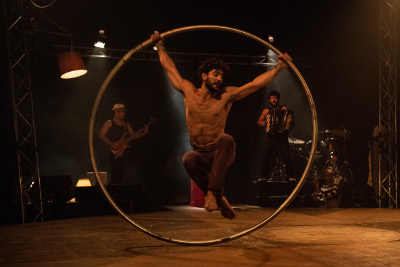 The circus is life, it is Zoé. It is our life, our creation, our work of art. The most earthly, ancestral part, linked to the earth as a profound vital necessity. The most ethereal, freedom, dream. "Men return to the earth," said Zarathustra. Our circus is earth and soul, born to defend that creative and generating energy capable of bestowing existence. Where there is no separate life from the work of art they coincide by necessity, there sacred and profane there are pursued through the true and the representation. Zoé is natural, naked life. So we choose itinerancy, the group and autonomy in opposition to the production of art. Itinerancy is a necessity in movement. Or so or nothing. Because we are bowels and organs when the body dictates the rules of the game. We are the need of the body as the gesture that derives from it, honest and concrete. But ours is the world of illusions, that space of existence within which we express our greatest challenge and the most miserable of the defeats; to each his own. Power and misery, eternal and earthly, dramatic and ridiculous, poets and laborers.